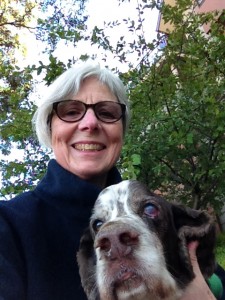 Sandra has been working therapeutically since 1985, initially as a somatic movement therapist, and subsequently adding psychology and psychotherapy to her skills. Since 1999 Sandra has maintained a psychotherapeutic practice in Canberra. She specializes in long-term treatment using psychoanalytic Self Psychology for presentations including personality disorders, anxiety, depression, trauma, chronic pain, etc. She lectures on Self Psychology for the Empathink Association of Psychoanalytic Self Psychology (Melbourne).

Over thirty plus years of studying and exploring body and movement therapies also inform her psychotherapeutic work.  She is an invited presenter in Laban Movement Analysis and Dance Movement Psychotherapy in Australia, Canada, and Asia and offers supervision for professionals in these fields.

Sandra began her working life as a Research Geophysicist in the oil industry. She used her well-developed analytical skills to write one of the industry’s initial oil exploration computer programs, which she then taught to oil explorationists in Europe, UK, Canada, and Australia.  In 1981 she turned her scientific inquiries in the direction of the human body and movement, pursuing graduate work in anatomy, physiology, biomechanics and exercise physiology, while also satisfying the artist-within by studying Contemporary Dance, Ballet, Yoga and Pilates.

In 1985 Sandra obtained a Certification in Laban Movement Analysis through the University of Washington.  While living in Asia from 1984 to 1988, Sandra taught Laban Movement Analysis/Bartenieff Fundamentals (LMA/BF) as well as Contemporary Dance to groups that had never before experienced Western movement material.  She was invited to give workshops to the People’s Republic of China’s P.L.A. Song and Dance Troupe, the Guangdong Academy of Dance, the Hong Kong Academy of Performing Arts, and fitness groups in Indonesia, Singapore and Hong Kong.  In 1989 Sandra returned to the US and worked in the aerobic dance and fitness industry applying LMA/BF principles.  She also studied Jungian thought and offered LMA/BF movement courses tied to Jungian thought at the C. G. Jung Institute of Psychoanalysis and Creative Arts in Houston, Texas.

In 1992 Sandra moved permanently to Canberra and established The Ouldeah Centre for Movement Therapy (1992 to 1999).  She introduced Canberra to the therapeutic benefits of Pilates-based Somatic Movement Therapy, educating insurance companies and local medical practitioners of the benefits for their patients.  Sandra holds over 25 years experience with the Pilates Method and Movement Therapy and has used that to further the Pilates industry in Australia.  She was a Founding Councillor of the Australian Pilates Method Association, the Australian credentialing body, and co-authored the curriculum used at UTS for training Pilates Method instructors.  She has developed training programs for Pilates-based Rehabilitation Practitioners, using somatic movement methods, including LMA/BF.

Along with her credentials in verbal psychotherapy, Sandra is a Somatic Movement Psychotherapist.  She has lectured in the Counselling Department at the Wesley Institute (Sydney) until the completion of that program and currently tutors for IDTIA and DTAA (Melbourne) as well as Tensegrity Training (http://www.tensegritytraining.com.au).  Her teaching focuses on Developmental Movement/Development Issues, Movement observation and analysis, and non-verbal therapeutic interventions.  She developed the curriculum for and presented a unit titled: “Using Somatics and Movement in Counselling” for the Counselling Department, Faculty of Health at the University of Canberra.

Sandra is continually drawn to the synthesis of new ideas that span the spectrum of movement and psyche. She enjoys encouraging future professionals in the field of verbal and non-verbal psychotherapy through supervisory and educational roles. She has presented clinical cases and theoretical papers at a number of Australian EAPSP conferences, as well as international IAPSP conferences.  She  taught in the Empathink Introduction to Self Psychology course for many years. She occasionally offers study groups  group supervision on somatic movement theories, and/or self-psychology for therapeutic practitioners.

Sandra offers her expertise to her primary professional organization, DTAA: Dance Movement Therapy Association of Australasia  and is currently working as Convener of the Professional Membership Committee as well as a member of the Supervision Committee and the Competencies Committee.